What league should my child play in? 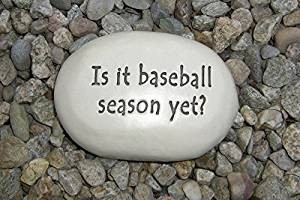 Our day league program is a six week season starting the first Monday after school is let out for summer.  Practices and games are Monday through Thursdays, between the hours of 9-2 p.m. depending on the child’s age.  Coaches are older kids and young adults with a lot of baseball experience and knowledge.  We provide T-ball for 5-6 year olds and pony league for 7-8 year olds, which is a combination of machine and coach pitch.  We also have a mixed age groups program for 9-12 year olds in which the players pitch.  This is less competitive than “night league” and is a great program for many kids. The cost is $60 before May 15, then it raises to $80.

Our intact league is also at night, they play games on Mondays and Wednesdays, and are coached by parent or community volunteers.  The league consists of anywhere from 8 to 10 teams from around Bemidji. This may consist of teams from Bemidji, Walker, Ball club, Cass Lake, Clearbrook, Bagley and Nevis. All kids are placed on a team and this process is normally done in the middle of May.  Many of the players at this age will play middle school or high school baseball and that is the reason it is done at a later time as to not interfere with those programs.  The main change from the smaller fields is that now you will have one game going at once, no concession stand at your complex and the game is a bit slower. The games are played on regulation size fields. The teams do have an opportunity to play in the end of the year tourney, possibly the districts and state tourneys, and we are the only State in the Union that still has the intact state tourney. The cost per player is $200 or $150 with selling five KCWC raffle tickets.

This baseball league is definitely our most competitive league.  Players will try out for a spot on their age leveled team and cuts are made.  We have a 9, 10, 11, 12, 13, & 14 year old team. The age of the player as of May 1st of the current year is the tryout that they would attend.  Depending on the age level, each team will be signed up for 3-6 tournaments, they will continue on to the state level and possibly regionals, and maybe even make a World Series appearance!  The tournaments during the regular season are out of town (MN, ND, SD)and locations vary by coach, plus each team plays a home tournament in Bemidji.  The cost varies and is supplemented by team fundraising.  These players will also play in the in-house league during the summer, and will pay the same fees.